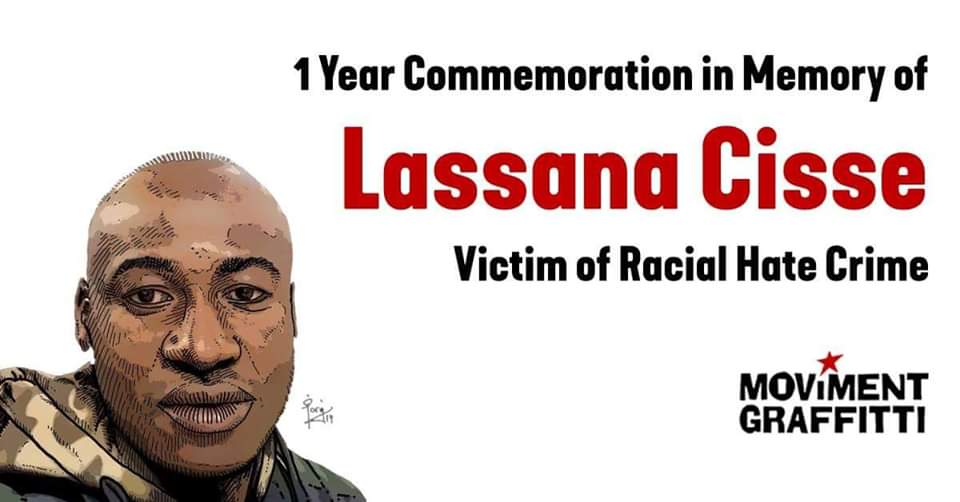 Monday 6/04/2020 marks the one-year anniversary of Lassana Cisse's death - a murder which was the result of a racially-motivated hate crime.

While his two murderers roam free and continue living their lives out on bail, this despite having also injured three other migrants in total, Lassana's life was cut short, his only crime being that he was black.

To let this day go by just like any other day would mean that Lassana died in vain. In commemoration of this tragedy, we would like to encourage you to share pictures, photos and videos in remembrance of Lassana's life, and messages of solidarity with the other three victims who are still awaiting justice and with migrants who are still suffering racial discrimination and injustice on a daily basis to this Page. You can also help out by donating to Migrant Women Association Malta, who have just launched an emergency fundraising campaign due to an increase in the risk of gender-based violence on migrant women brought about by Covid-19. Please visit their page for further details.