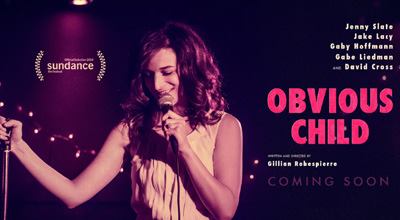 'Obvious Child' looks at the story of Donna, a twenty-something woman who ends up unexpectedly pregnant. She turns to her friends and family for advice, and decides that the best decision for her is to get an abortion. The film follows Donna through the trials and tribulations of that decision. This is no tragic story, however, as these events are seen through Donna's eyes, who knows that, ultimately, this is the best decision for her.The movie offers an unbiased look at the act of getting an abortion in the 21st century, where it is freely accessible for women, and all the highs and lows of life in between.The film was premiered at the Sundance Film Festival on January 17, 2014This movie screening will be followed by some food and drinks, as well as a short information session intended to provide some factual information about access to abortion in Malta, compared to the rest of the world.