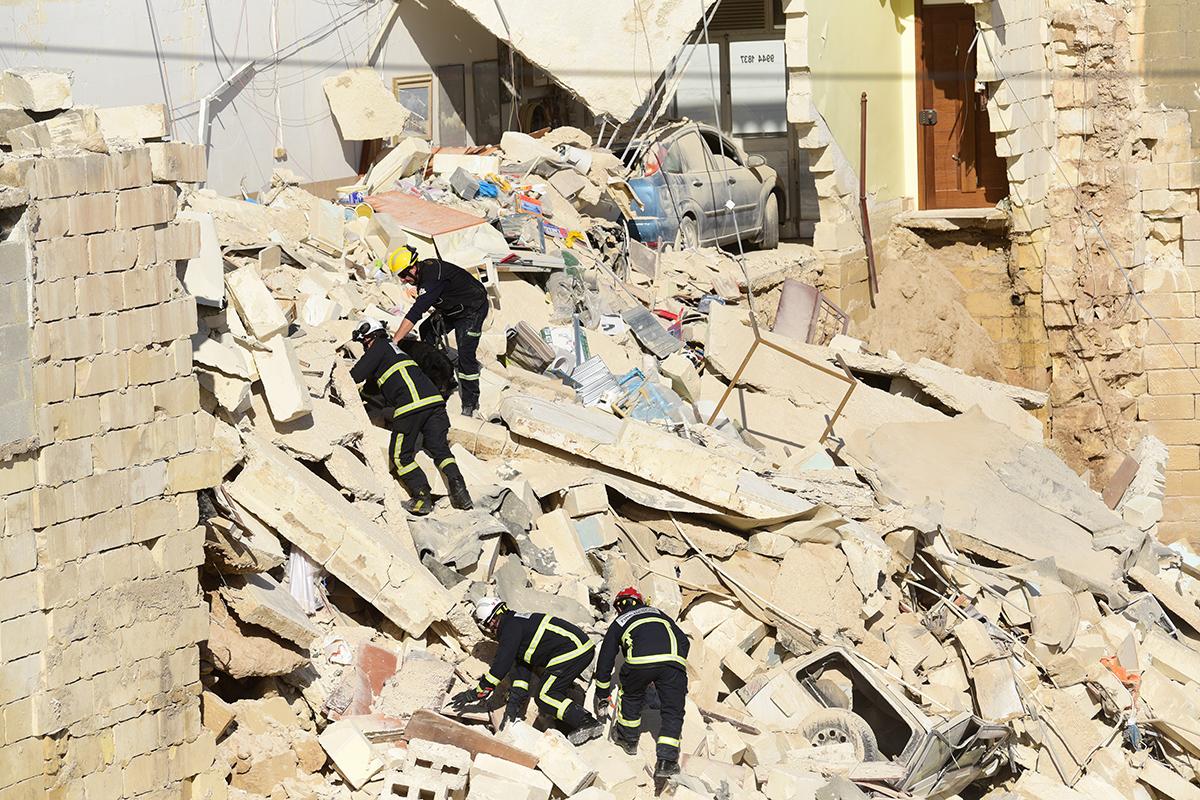 Six months have passed since that fateful day in March when Miriam Pace, wife and mother, was killed in her own home, buried under the rubble of her own house, in an ‘accident’ caused by construction works nearby.

For the Pace family, it’s been a long, painful, and also silent six months. As Malta grappled with the COVID-19 pandemic, the family fought a lonely battle in its search for justice. The promises of swift and uncompromising action quickly dissolved into the all-too-familiar silence.

The Pace family has been made to go through an ordeal we’ve seen too often. Summer 2019 will be forever remembered for the three shocking house collapses of Pietà, Mellieħa and Guardamangia. Even then, reforms and enforcement were promised, but never delivered. The families who lost their homes have yet to see any form of redress; instead, they found huge obstacles and mischievous machinations preventing them from finding the truth and adequate compensation.

In the meantime, the Malta Developers Association is launching a new scheme called ‘Safer Neighbourhoods’; a PR stunt of little substance, where a private lobby tries yet again to take over the regulation of its dangerous business. The results of self-regulation in construction are clear for all to see: NSO figures point at 12 deaths and 1,881 (known) injuries in construction sites between 2016 and 2019.

Around this time a year ago, crowds gathered in Valletta to protest against the excesses of the construction lobby: from its ownership of the political class to its infiltration of the planning process where it is allowed the luxury of writing policies to its own advantage; from its PR stunts aimed at softening the public’s ire at the lobby’s greed, to repeated calls for more deregulation and less bureaucracy: all pretexts to further delay reforms.

Miriam Pace’s death at the hands of their own heavy machinery and carelessness hasn’t taught them anything.

The government cannot remain inactive in front of this display of bullying coated by hypocritical showboating. This is why Moviment Graffitti fully supports the idea for a public inquiry into the murder of Miriam Pace.

Instead of merely establishing the criminal responsibilities of various individuals, this inquiry would shed light on the whole context of the construction industry as well as those specific events, jurisdictions and responsibilities that led to the tragic events of March 2.

It is high time the family, and indeed the public – besieged by rampant construction across the island – are given an insight into the circumstances that led to Pace’s senseless death. It is high time we learn and understand whose duty it was to ensure her death would have been avoided, instead of the traditional pass-the-buck between the supposedly competent authorities, ministries, architects and developers.

The Pace family deserves closure, to say the very least; but they also deserve to know all the facts, including devious attempts at tampering with evidence, and whether anyone in the shadows has tried to stall their quest for justice at the behest of the building lobby.

We have repeatedly singled out key personnel and various authorities for their complacency in ushering reforms in planning, construction and enforcement.

The 2019 reform, a hastily drafted wish list (branded by most except the MDA as a “nightmare list”), is clearly a failure – not only hasn’t it prevented Miriam Pace’s death, and that of many workers on various construction sites, but it has merely added another layer of confusion and uncertainty in a sector that has carried on claiming lives.

A year later, no further reforms are on the horizon. A public inquiry will also help the public understand which vested interests are blocking these crucial reforms.

Prime Minister Robert Abela – who knows the Planning Authority and its environs very well – had promised rapid justice. Abela may well have devoted some of his time to cleaning up part of his own party
and cabinet; but the spring clean should also be extended to a lobby who has done as it pleases for decades. It has crossed many lines and cost many lives.

Six months later, the Pace family is still seeking answers. A public inquiry into Miriam Pace’s death is the least the government could do.

Wayne Flask is a member of Moviment Graffitti.