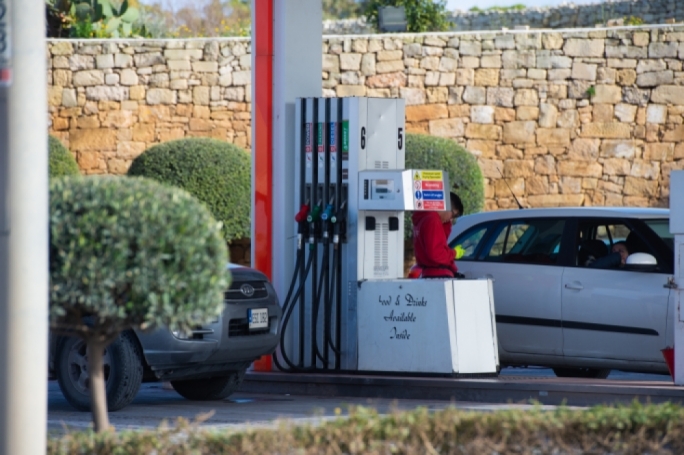 Graffitti activist Andre Callus has again raised his concerns about the length of time it is taking for a fuel station policy revision to be put in place, as he appeared dismayed at the fact that the proposed new rules will have to go through a third round of public consultation.

Parliament’s standing committee on environment and development planning on Monday started discussing the revised policy, which had been published in April after having been in the pipeline since January 2018.

The policy, a revised version of the 2015 fuel stations rules - which controversially were considered to potentially pave the way for mega-stations outside development zones - was issued for public consultation on 30 April.

Today, the policy finally came before the Parliament's environment committee, but Callus was incredulous as he was informed that, since more changes to the policy need to be made, it will once again - for the third time - have to undergo a public consultation period.

Callus, who is a spokesperson for Moviment Graffitti, was a participant at the committee meeting, along with two other NGO representatives, Claire Bonello for Futur Ambjent Wiehed and Petra Caruana Dingli for Din l-Art Ħelwa.

Clearly surprised at the news of yet another consultation period, Callus, acknowledging that the requirement for such consultations stemmed from the law, nonetheless made known his concerns that, until the revised policy came into effect, there were still pending fuel station applications which could be assessed under the current 2015 rules.

“So there has to be another public consultation? After a year and eight months? Seriously? You are taking people for a ride,” Callus said.

“[The fuel stations issue] is ruining our quality of life and our survival… it is threatening our future,” he stressed, “ We are shocked at this news… we are discussing a policy which will again have to be issued for public consultation.”

Callus, who conceded that the revised policy was an improvement on the current law, went on to express his disbelief that a policy on a relatively non-major matter - fuel stations - had to take so long before finally coming into effect.

His comments come following a call by Graffitti in April for the Planning Authority to postpone fuel station decisions until the new policy is approved.

Most of the pending applications for petrol stations are destined for refusal under the new policy, that will replace the controversial 2015 fuel stations policy.

But this depends on whether the Planning Authority will assess these applications before or after the approval of the new policy, which although applicable to all pending applications once it comes into effect, is a process that - as is becoming all too evident - may take months to conclude.