Three Film-Nights on the Theme of Resistance 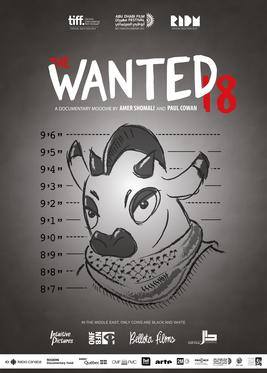 Three Film-Nights on the Theme of Resistance

We have chosen the theme of RESISTANCE. The three films deal with people organising themselves against different forms of oppression, in different historical contexts and with different outcomes.

All films will be screened at the British Legion Bar, Melita Street, Valletta, every Wednesday at 8pm starting this Wed 10th January. Before each film, there will be a 5-minute presentation of the film and the issue it addresses.

We also invite you to subscribe to www.kinemastik.org for more updates.

Wed 10th Jan – THE WANTED 18 (Shomali, Cowan 2014 – Palestine). A true story of 18 cows becoming considered as a threat to the security of the state of Israel, set in the small Palestinian village of Beit Sahour during the first Intifada (uprising).

Wed 17th Jan – JIMMY'S HALL (Ken Loach, 2014 – Ireland) – The true story of Jimmy Gralton who returns home to Ireland after ten years of exile in America. Seeing the levels of poverty and oppression, the activist in him reawakens and he looks to re-open the dance hall that had led to his deportation.