Rulers on the Sea, Bullies on the Land 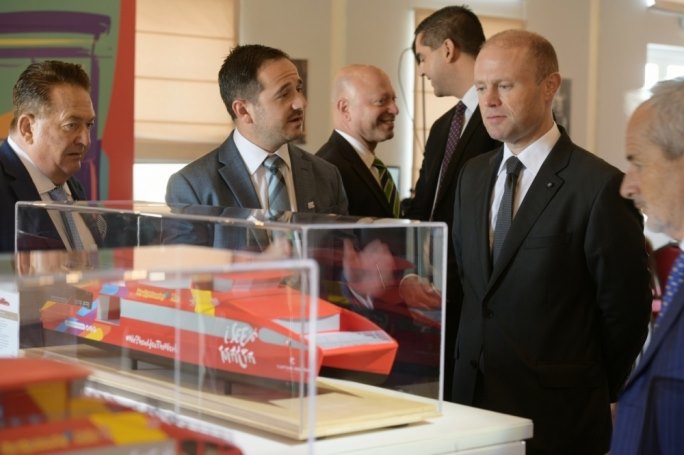 Rulers on the Sea, Bullies on the Land

It seems the Zammit Tabona family had a rude awakening on Sunday, and unleashed its hounds on a tranquil public holiday morning by sending us a letter through its legal representative, backed up by an incoherent press release.

Both documents hinted at legal action being taken against us for our press release, issued last Sunday, where we enquired aloud, as we always do, whether Government was favouring the Fortina Group in its dealings.

In their rebuttal, Fortina attempted to rebut our “malicious smear campaign” and said that the reasons for this campaign “can only be questioned.” We’ll answer that straight away: just as we have done in the last 26 years, without fail, we’ll put ourselves in the path of any large corporate group such as theirs that wants to gobble up pieces of public land and sea to favour its business interests.

Fortina then proceeded to address the points of our PR individually, but not only did they fall short of denying or replying to most of our questions, it seemed as if they were replying to someone else’s PR, or completely misread what we wrote.

We are hereby publishing our replies to Fortina’s attempted rebuttal as follows:

1. “The jetty question in St Julian’s concerning the company’s hop-on, hop off service has already been addressed: this will be of a temporary nature and, crucially will not be in an area used by bathers as is claimed by the NGO Graffitti. Furthermore, it will not be reserved for the exclusive use of Captain Morgan as stated by the NGO Graffitti.”

The jetty permit has been granted under shady circumstances. We know because we were there all along, together with the St Julians Local Council and residents. The dates for the second PA hearing were unusually shifted around after the Commission gave you an initial thumbs down. We also witnessed the atrocious behaviour of the Planning Commission Chairperson, Mr Simon Saliba, who defended your application better than your legal counsel ever would. For the record in our PR we never alleged exclusive use of this jetty by Captain Morgan; please read the PR properly. The “temporary” nature of this jetty is not mentioned once in the approved application. Also, this is totally irrelevant to the concerns raised, since the problem is not with the jetty itself but with the type of activity it will generate – that of having 33m long catamaran coming in and out of Balluta Bay.

We are therefore not making any unsubstantiated claims regarding this point.

2. “Graffitti states that a gigantic pier is being constructed for our ferries in Comino. Captain Morgan knows absolutely nothing about the 133-metre pier apart from whatever has been reported in the media. The company has held no discussions with government over this (alleged) pier and, should there be such a pier, to say it would be reserved for the exclusive use of Captain Morgan is ludicrous.”

Our PR reads: “Another proposed project that will be facilitating the operation of the hop-on hop-off service operated by Captain Morgan is the construction of a 133-metre pier in Kemmuna. This will have a detrimental effect on the Blue Lagoon and its surroundings, and public funds will be used to accommodate the business interests of Captain Morgan.”

We never alleged you had any discussions on this point; we merely said that this pier is being built to accommodate your boats and therefore will facilitate your business. We never implied exclusive use by Captain Morgan – again, please read the PR properly.

3. “Graffitti states that the inter-island ferry tender has been amended to suit our company. This is again another blatant lie. Firstly, Graffitti would do well to read the press releases issued by the Malta Transport Authority and the Gozo Ministry clearly stating the opposite of what Graffiti is claiming. Secondly, our company  instituted legal proceedings before the Public Contracts Review Board in relation to this tender and, now that the board accepted our arguments, this tender has been amended. Only after this development is our company is assessing the possibility of becoming a bidder in a process that is open to all operators.”

You are not denying the fact that the new tender is going to facilitate your business, and in fact you confirm that the tender has been amended after the PCRB accepted your arguments following legal action. You nowhere rebut our statements about mobility and connectivity with the Gozitan island, and as such, you are confirming that our statements are factual. And the facts are that the previous requirement for a “fast-ferry” has been dropped in the new tender document. The requirement is now for a “hop-on hop-off” service that will not address the needs of Gozitan commuters.

4. “Graffitti states that Fortina has been granted land by the government for development which should have been reserved for touristic purposes. What Graffitti has conveniently omitted is that all the land pertaining to the Fortina re development, including the lido, was always owned freehold in its entirety by the group. As has happened in the past in other well documented cases, a restriction had been placed by government on a small section of site. The group is now paying a record €8.1 million to government to remove the restriction on this specific parcel of land.”

You are therefore confirming what we said, that government has made it possible for you to develop land earmarked for tourism. The public land in question was sold to Fortina by Government on condition that it is used for touristic purposes. The paltry €8.1m sum, peanuts to a group of your size, is a token  when compared to the millions you’ll be raking in from the residential development that will now take place.  Also, the lido you are referring to, will be extended into the sea through land reclamation. Are you implying that you “own” the sea too?

5. “Graffitti states that Captain Morgan was “chosen” by the government to supply vessels to house migrants and received €3,000 a day per vessel. What it omits to mention is that another company was paid an alleged €6,500 per day for the use of just one vessel of a similar size.”

We did, in fact, attack ALL tenderers for this service in a recent post on our social media channels. But whether somebody else was paid more or not, is immaterial: all we said was that you received these figures from government to breach human rights conventions and keep migrants afloat at sea. You are not denying this fact, and we never stated you were the ones who were paid the most.

6. “What the Zammit Tabona Family has actually done is ceased using its older vessels and invested millions of euros in brand new eco-friendly vessels that are being used on the same routes Captain Morgan has been operating for over 40 years.”

The state of your fleet is not a matter of interest to Moviment Graffitti, and no reference is made to it in our PR.

7. “Fortina will no longer tolerate these wild claims that are solely aimed at tarnishing the group’s reputation and reserves its rights at law to take further action.”

We’re not going to be intimidated by yourselves, or by any other suited bully. Nor will we accept the threatening tone which you have graciously sent via your lawyers: “What our clients will not, however, accept is that you go to the media without having verified anything, which we hope you appreciate is not only unethical and counterproductive, but also illegal.” You understand you have no right to trample on our right of expression, and should you try to silence us, you can count on us banging on your door, louder each and every time.