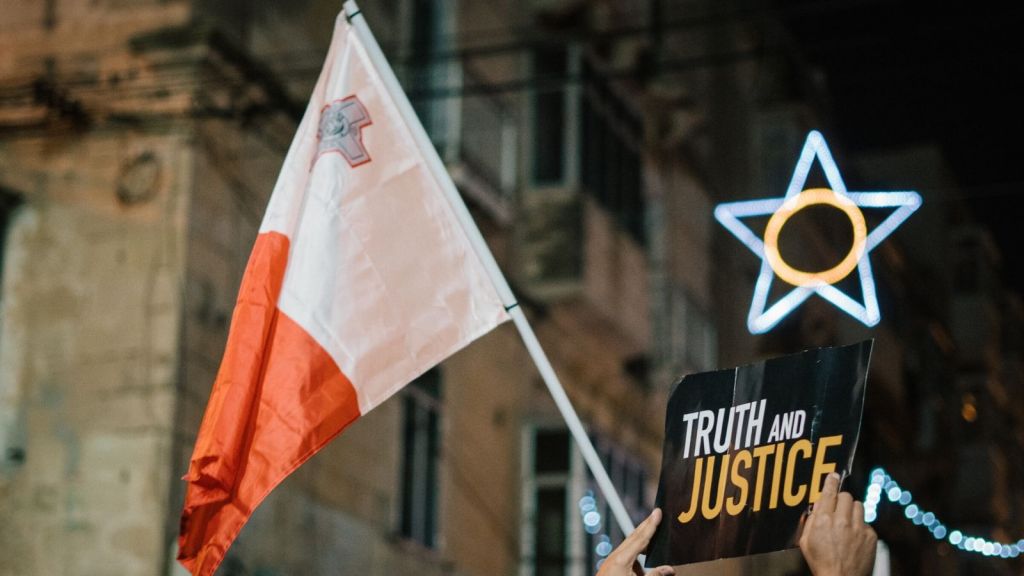 Nothing beats Maltese politics – one centre-left Labour party in government implementing policies that are anything but left of centre and one centre-right Nationalist party in opposition counting how many shoes it’s got on. Both parties have their own separate issues. The Labour government has a number of corrupt individuals who have tarnished the party name and led the once-socialist party to support big business instead. The Nationalist party has been no stranger to corruption in the past either and is currently broken into factions largely as a result of poor leadership.

The problems we are facing today go beyond party politics – this is about deep and systemic issues ingrained in our electoral system and attitudes towards politics. As soon as you enter a position of power, people will come at you from all directions with favours, political or otherwise.

Malta’s small size aggravates this further – we are a heavily networked society where anyone is three degrees of separation away from a Member of Parliament. Since this allows citizens and politicians to remain in close contact, the boundaries between professional and private relations becomes unclear.

Does your father know a government minister?

He can probably get you a nice job in that ministry if he asks the right people. What about building a villa on a piece of ODZ land you inherited from your parents? No worries, an election is coming up so it’s likely that they will give you a development permit anyways.

This also affects political anonymity – if your family generally votes Labour but this year you would like to give your 1 to a Nationalist MP, your nanna will find out and remove you from her will. This makes people afraid of dissent – if you’re wondering why young people tend to be apathetic towards politics, it’s because they’re scared of how they will be perceived by their loved ones.

If a business has enough money to help finance one (or both) of the major political parties, they’ll have that party in the palm of their hand.

This plays further into how every corner in Malta is under construction – both the Nationalist and the Labour party have approved ODZ extensions and excessive high-rises proposed by large companies, and both parties have repeatedly sold public land to make way for large projects that hold no benefit to the residents in those areas.

Workers are losing out in all this too – neither party has offered better working conditions or a higher minimum wage because these policies aren’t favourable to big business.

This is the key reason as to why we need transparency in party finances, and it is vital that we move away from the private financing of political parties to assure that the power of big business over politics is decreased.

The entrance of Keith Schembri in the political scene served to spread the disease.

Schembri was one of the main architects of Labour’s triumph in 2013, a well-known businessman whose networks and acumen transformed government into an extension of big business.

With Schembri in the saddle, “efficiency” and “investment” became, tragically, synonyms for “breaking the rules” and “shady deals”. Schembri was the kingpin of the Muscat government, the business Richelieu who had enormous power – and that power has served not the citizens of Malta and Gozo, but the interests of the business class – and possibly, criminal interests too.

While you may think that the current protests are just about the assassination of Daphne Caruana Galizia, I disagree. The assassination is a symptom of the system that has led to this.

We live in a system that allows big business to rule over politics, a system that takes public land away from the people and hands it over to developers for speculation. It is a system that exploits its workers by not paying them a living wage and expects foreign workers to take on demanding and less desirable jobs.

And no government, especially a socialist one, should promote the selling of citizenship to rich foreigners whilst turning away refugees at sea.

It’s very easy to look at this situation from a defeatist viewpoint.

Partisanship and party politics can sometimes feel overwhelmingly dominant in our political lives, but the Maltese people have come a long way in voicing their concerns and swaying government decisions.

The residents of Cottonera and Pembroke have managed to stop the AUM extension and the ITS-DB project by mobilizing their community, organizing protests and attending PA meetings to ensure everything was being done to show their discontent with the taking of public land. Moviment Graffitti, after countless direct actions against the PA regarding the fuel stations policy, managed to get the PA to revise this policy earlier this year.

The government can be taken on, but only as a community. Mass mobilisation and community organizing of the likes of the Cottonera residents is essential to bringing about this change. Proper systemic change has not and will not come about from the top-down.

Ultimately, it’s up to you, dear reader, to take action and rise up.

You can take part in the protests happening in Valletta, join an NGO with whom you identify, organise your workplace and start a union, but it is vital that you rise up.

Rise up because a journalist has been assassinated for doing her job – exposing high-level corruption – the very same corruption that costs the honest taxpayer money and dignity.

Rise up for the workers – the construction workers, foreign and local, who have died because of unsafe working conditions; for the people who lost their homes to irresponsible construction damage; for the farmers who will be losing their agricultural land to projects like the Central Link project.

And ultimately, rise up because you deserve a chance to change this country for the better.

Both parties play by the rules of the same corrupt system which have brought about numerous scandals, albeit never to this extent. If you agree that a systemic and cultural change is needed in Malta, join Moviment Graffitti on Sunday 8th December at 4 pm in front of Parliament in Valletta to express your anger at the current situation.