Residents 'will not give up' in fight against AUM extension 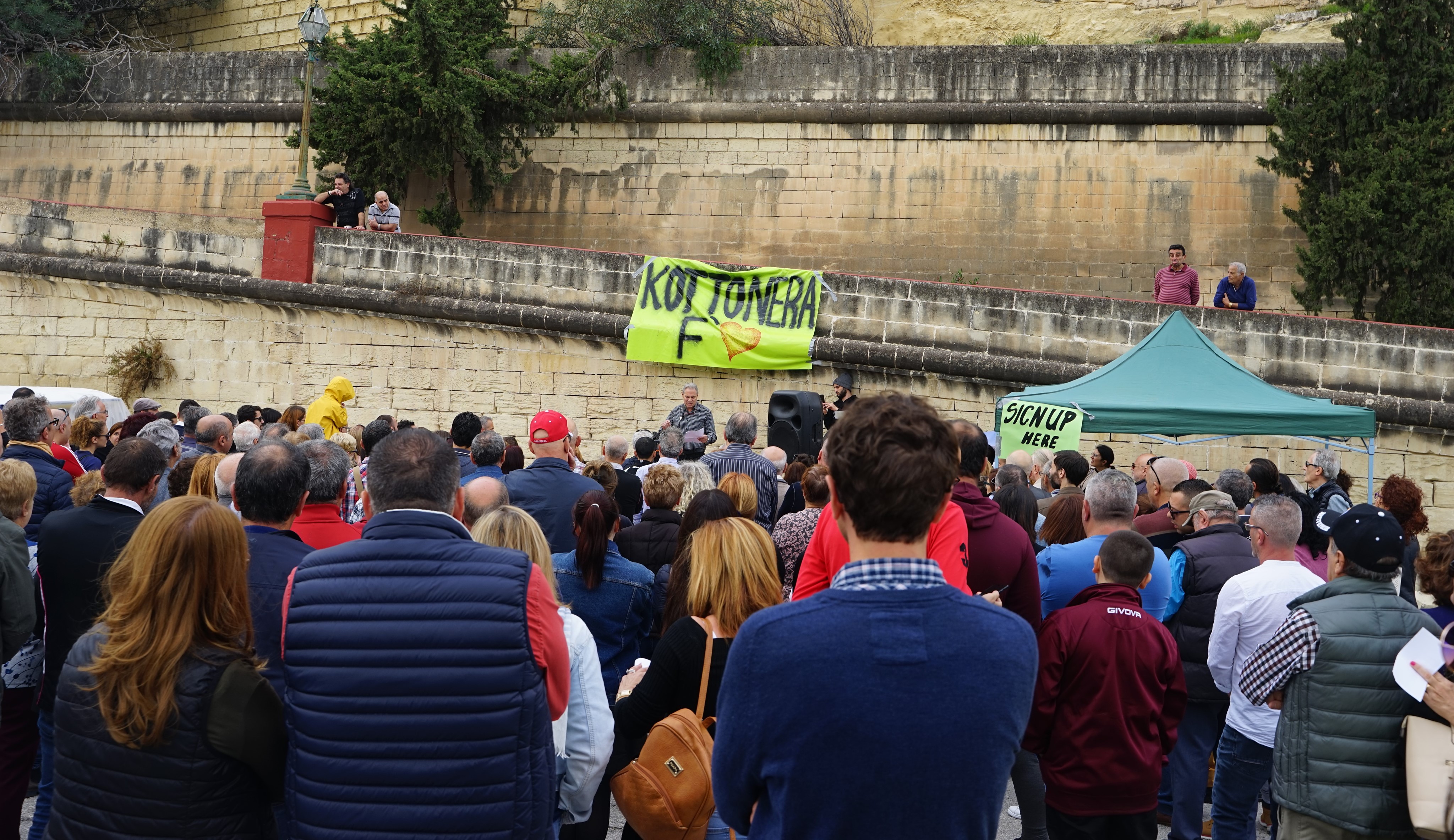 Residents 'will not give up' in fight against AUM extension

Residents and activists met in Cospicua on Sunday to protest plans by the American University of Malta to extend its footprint at the Senglea waterfront as they gear up for a Planning Authority hearing on the development on Thursday.

The protest is one of a series of activities led by the group ‘Action: Give us back our land’, a non-partisan organisation that aims to raise awareness about the over-development in the harbour area.

The group said Cottonera residents were "very concerned" that the application for the AUM extension was still being recommended for approval by the planning authority case officer and that no new plans have been submitted by the applicant as requested before the upcoming hearing.

During the protest, Joseph Tonna from Senglea said: "Our blood was shed on these walls. We are Citta Invicta. We will not give up. We have been taken over by Jordanians. Malta was awarded the George Cross for bravery... no developer whether Maltese or foreign has the right to touch our city unless to make it more beautiful."

He commended the €2 million investment in the St Michael's belvedere and said residents wanted common sense to reign.

Dr Tonna said that following a meeting he had at Castille this week he was hopeful that the government and the PA would understand the residents' anger.

The Maċina, he said, should remain an open area with access to the public. Instead of a dormitory with a swimming pool, there should be a public garden over a three- or four-storey carpark.

Dione Caruana who lives in Gozo but is from Cospicua, said he took the early ferry on Sunday as his hometown remained in his heart.

"The only three open spaces we have: the stairs near the lift, the Maċina carpark, and the area where they are proposing the building of the dormitory will all be taken up with the extension.

"Do you expect to find some new building hiding the pyramids in Egypt or the Tower of Pisa in Italy?  Don't you think that future generations will be upset with our decisions today? Will the decision on November 21 be one in favour of the common good and our national heritage, or the total destruction of the area, a painful decision for all the Maltese," he asked.

Andrea Dibben, one of organisers, said that the battle was not won yet. The biggest battle would be on Thursday during the PA hearing.

The PA has postponed its decision on the expansion to November 21, when the Senglea council will provide transport for residents who want to attend. The authority has expressed itself against the proposed development which has been recommended for approval by the Planning Directorate.

The protest came to an end with Doreen and Sammy Galea's song 'Malta', sung by Mary Spiteri.

In September, around a hundred people turned up for a similar protest in front of the area known as the Knight’s Building.

They protested that the proposed development would obscure Senglea’s Sheer Bastion and reduce open spaces available to residents.

The AUM is seeking to build an administration block between the Knight’s Building and il-Maċina, a dormitory closer to Senglea and to restore and expand the Knight's building.

Earlier this week, 11 NGOs wrote to MPs in the second district, the minister of transport and the minister responsible for culture, reiterating their opposition to the extension plans.

Some 3,000 petitioners have also signed a petition and more signatures were also being collected during the protest.

The Action group said that the open letter has remained unanswered.

On Saturday, former president Marie-Louise Coleiro Preca came out against the extension plans, backing residents in their fight.

Posting on Facebook she said that Cottonera residents have always expressed the wish to have more open spaces in their localities.