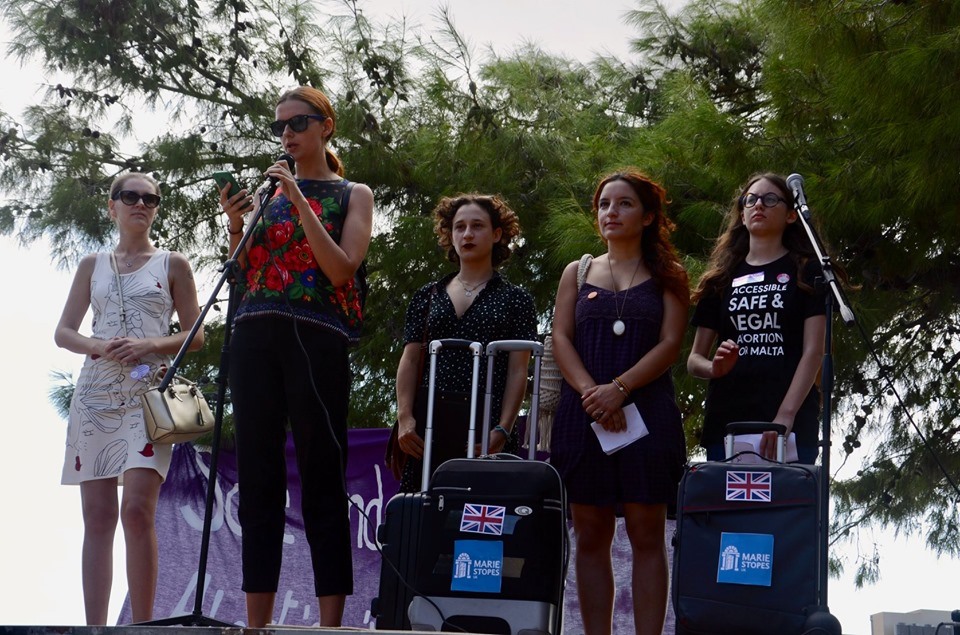 Abortion is most certainly one of the most taboo subjects one can speak about here in Malta. There is a reason why this is Malta's first pro-choice rally, as in the past, it has been impossible to even debate or talk about the subject in public without facing extreme backlash. Things are changing slowly, however, there is still a massive amount of misinformation and silence around the subject.

Moviment Graffitti is part of the Voice for Choice Coalition, a coalition made up of different organizations and individuals that want to stop the spread of misinformation, and instead spread facts and stories of real women who have had to turn to abortion for a variety of reasons. Voice for Choice wants to break the taboo around the subject and put an end to this shroud of secrecy and whispered half-truths, and instead voice out loud the needs and concerns of women. There are still many misconceptions surrounding women who get abortions; many say that they should have kept their legs closed, that they should have known better, that they should have used protection. These so-called arguments betray a lack of information on the subject, and do not reflect the reality that many women face; rape, failed contraceptive methods, and unviable foetuses which women are forced to bring to term, often at risk to their own life, because their society refuses to listen to their real stories.

Moviment Graffitti is here today to support these women, their life and their stories, and to help break the taboo. Today we are going to listen to the true stories of women who have gone through the process of abortion, and I ask all of you listening to try to understand why we are here today, and why we are pro-choice.