The protest isn’t over - Wayne Flask 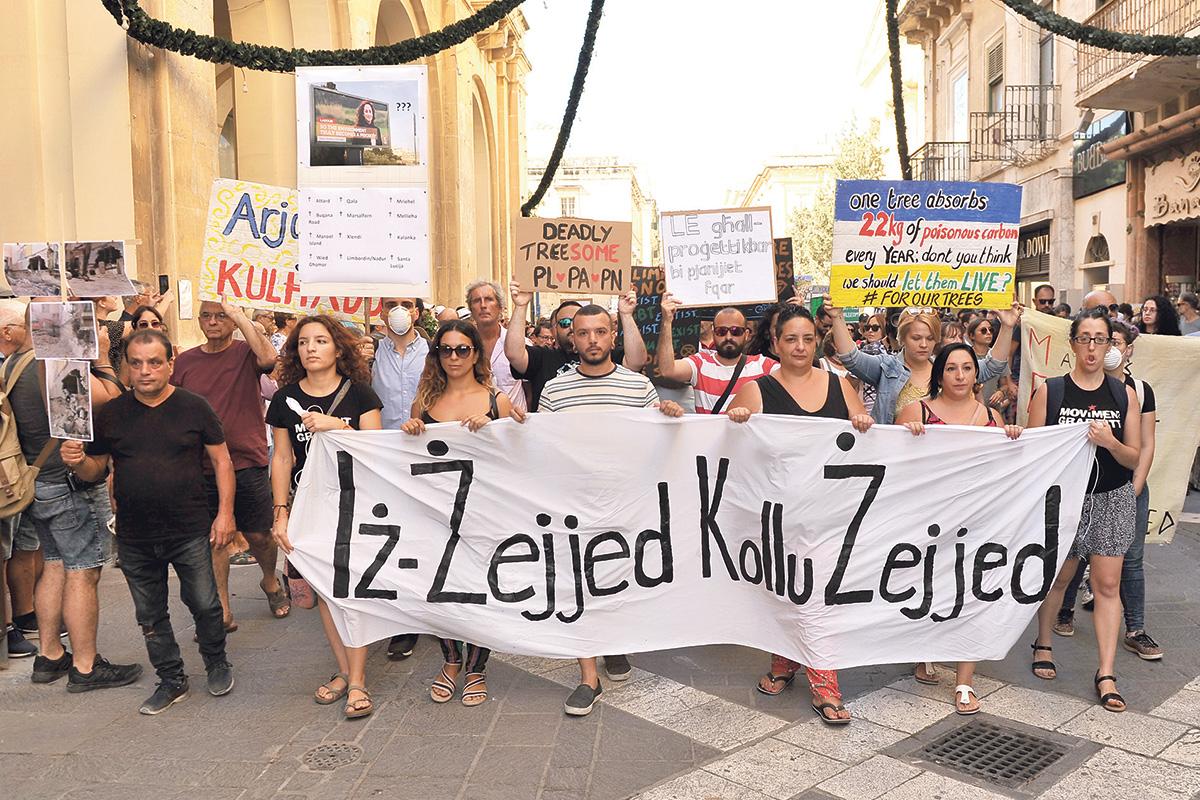 The protest isn’t over - Wayne Flask

Andre Callus’ last words rang out, bouncing off the walls of Renzo Piano’s expensive Parliament building – a building which, when considering the current political crop, appears rather ostentatious. His speech was an indictment of the ruling class, elected and unelected, unequivocally namechecking the main actors of this horror comedy. It was a speech laden with anger and hope; the same emotions that fuelled the speeches from Mark, Anthea, Sonya, Steve, Jeanette and Ingram.

The pressure of organising the mass protest was finally off, as if somebody had opened a valve; I could have burst into tears of joy at any time, but there was a stage to dismantle. It took five weeks of planning, consultation, networking, nitpicking; we loved every minute of it. Something new was born on September 7.

It was also nice to wake up to the “ramblings of the enemies,” to quote José Mourinho (José Saramago couldn’t be bothered), with both sides of the big PLPN family (including distant cousins) taking potshots at the concept of protest, the protestors, and really nothing they could say about its message.

Those who think protests cannot be non-partisan meekly confuse resistance to the political system with neutrality. Those who are intellectually honest about Moviment Graffitti understand that being leftist means representing a set of values which neither political party in Malta can claim to have. And that’s far from being neutral. Most of those who sent in messages after the protest praised the “MP free” space. Maybe we’re not the only ones who resent the intellectual shackles of our political masters.

It’s hard to shoot at a strong protest organised without any hidden political backing. Some sectors of the media tried to downplay the turnout, but that’s of little interest to me. To my mind, there are many more than the 3,000 or so who marched on the 7th who agree with the demands made during this protest.

It could have even been a lot bigger were it not for a myriad reasons: fear of ostracism, holding a job in the public service, bosses in the private sector with interests in “development.”

There will be a day when an open space like Iż-Żejjed Kollu Żejjed will become a necessity to those who are still afraid of speaking out.

The government didn’t find our demands unacceptable either. Environment “Minister” José Herrera “took note” of the protest a few hours later, and probably thought that was that.

Before Parliament reconvenes on October 7, he has yet again brought up the spectre of land reclamation. This MDA-backed project, which sees both parties wagging their tails in unison, is rearing its ugly head just like “the tiger in your toilet bowl” (that’s from Gil Scott-Heron), a reminder that our political class is tone-deaf, and that nowhere is safe from the onslaught, including our sea and our air.

Politicians understand the sentiment of protests in the same way a mountain goat understands nuclear fission: if you ignore it and pull a puzzled face, it’s like it’s not there.

Herrera, Borg and their colleagues in Parliament are wrong in assuming that Iż-Żejjed Kollu Żejjed was over the moment Andre walked offstage. The anger at the construction industry misdeeds won’t go away; the anger at the persistent, shameless rape of the country’s resources (land, primarily) won’t disappear into thin air, especially if the “authorities” such as the PA keep facilitating destruction and dishonesty.

We might have been quiet over the past fortnight, but any serious activist movement knows there are no laurels, let alone rest. For change to happen, we have to press on.

While the MDA was busy meeting the Opposition first in a bid to shackle the rent law reform, and the government later in a bid to allow it to dump construction waste off Tigné, we have been busy bringing together the various proposals, suggestions, comments we have received during these five weeks, including the well-attended Public Forum of August 28.

The public has helped bring to light issues we didn’t know about and, in most cases, suggested amendments.

We will be engaging further with the 68 groups who have offically endorsed the protest, and the Kamra tal-Periti, who have graciously admitted their members’ faults in the planning landscape yet signalled a commendable intention to turn things around. It is this spirit of collaboration and humility that helped bring together a record 68 affiliations to a protest. But, as mistakes from the past will highlight, the protest is neither the start nor the end point. This movement will continue piling pressure on the authorities and present a more detailed list of proposals that will tangibly improve the quality of life of many residents across the island.

These are proposals that the powers that be can no longer ignore, unless they want more people out in the streets while they reinforce the perception that politicians don’t care about their electorate.

We cannot shy away from the responsibility to follow up the protest, nor can we skirt the realities at hand. We can no longer watch idly as Elizabeth Ellul, her absurd policies and her boards wreak destruction in ODZ areas by acting as lawmaker, judge and executioner; we can no longer stand in awe of Joseph Portelli and his land-gobbling routine; we shouldn’t stop fighting Silvio Debono and his monstrous project; nor should we lose heart at the daily news stories indicating some form of planning abuse or other. Enough, as the saying goes, is enough.

Most importantly, we should all rise against the unfettered access to politicians that the MDA has, the ease with which Chetcuti and Stivala waltz into Castille.

This lobby may well represent 40,000 developers (according to statistics Chetcuti himself came up with) but they surely do not represent the wishes of the entire Maltese population, and as such, they cannot dictate law in this country.

We are more than ready to stand up to these bullies in a suit.

September 7 is the birth of a new movement, one without political interference, one without internal politicking, inflated egos or hidden hands. It is held together by one common wish: that of safeguarding our own quality of life. And if the House of Representatives and its occupants will continue ignoring this movement, we will yell louder, until our voices echo in your sleep.