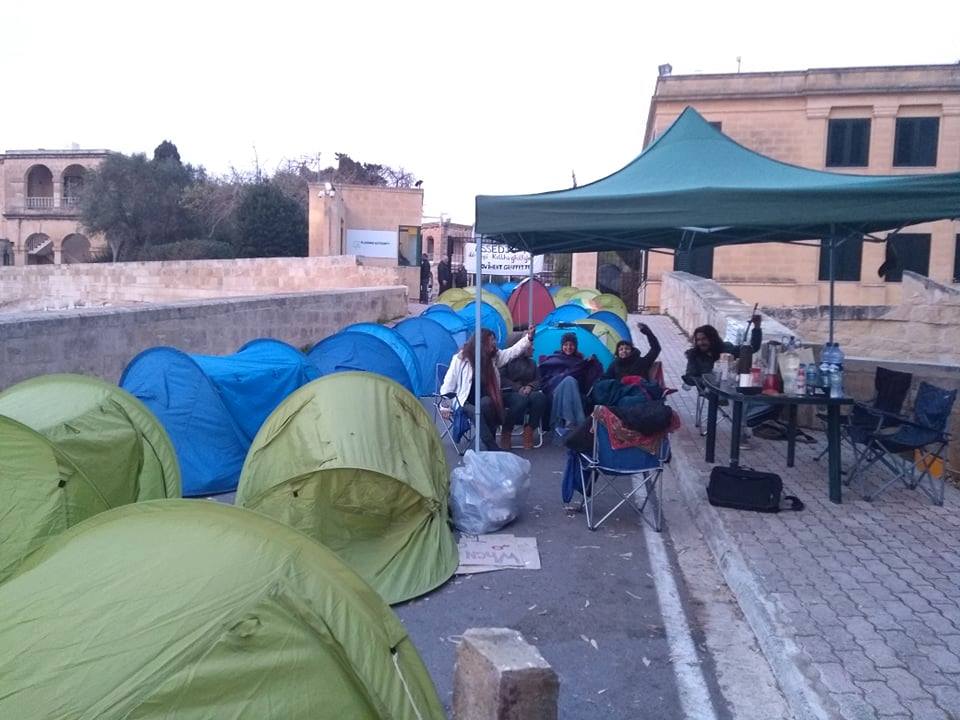 Press Statement: The PA is besieging Malta with massive and useless fuel stations

Moviment Graffitti has, early this morning, started a symbolic siege on the Planning Authority’s (PA) premises to denounce the authority’s besieging of our island with massive and useless fuel stations.

We are carrying out this direct action to highlight the PA’s failure to change the Fuel Service Station Policy - a policy that the authorities themselves acknowledged as harmful and promised to review, a full one year and four months ago. The Environment and Resource Authority (ERA) had submitted its recommendations, on the Minister’s request in April last year, and since November, we have been hearing about the imminent publishing by the PA of the revised policy. However, the current policy remains in place, unrevised, and a draft outlining the eventual policy changes has not even been published for consultation.

We will not allow the PA to take us for a ride, especially because our future is at stake here. Having so many massive fuel stations in a small over-built country like Malta is simply, as we have repeatedly stated, insane. And recent declarations by the Prime Minister about Malta shifting to electric car use in the near future make the insanity of all this even clearer. Thus, after having tried everything possible to make the PA change this ridiculous policy, to no avail, today we are here with three very basic demands:
• Change the Fuel Service Station Policy to one that prohibits new or relocated fuel stations on ODZ, as per ERA’s direction
• Publish the revised Fuel Service Station Policy for public consultation, immediately
• Provide a short timeframe for the implementation of the revised policy after closure of the public consultation period.

We are convinced that the failure to revise this policy is not due to carelessness or incompetence, but is deliberate and aimed at accommodating certain developers. Whilst this revision is supposedly underway, new applications for so-called fuel stations continue to be submitted under a defective policy that allows 3,000m² fuel stations on natural and agricultural land designated as ODZ. There are currently 14 applications for ODZ fuel stations, with four of them approved already, and the others being processed. Together, they constitute a size equal to five times the Floriana Granaries. As can be seen from the completed ODZ fuel stations, these are more akin to shopping-complexes rather than fuel stations.

It is also clear that the PA’s deplorable behaviour in this case is reflective of its general approach to development in our country, always favouring the wealthy few at the expense of the rest. Presently, whole communities find themselves besieged by senseless development that is wrecking Malta’s quality of life and environment. People have reached the point of dreading to think what Malta will look and feel like in a few years.

We will continue our direct action at the PA’s premises for as long as necessary. Everyone is welcome to join us and we underline that this action is strictly non-partisan