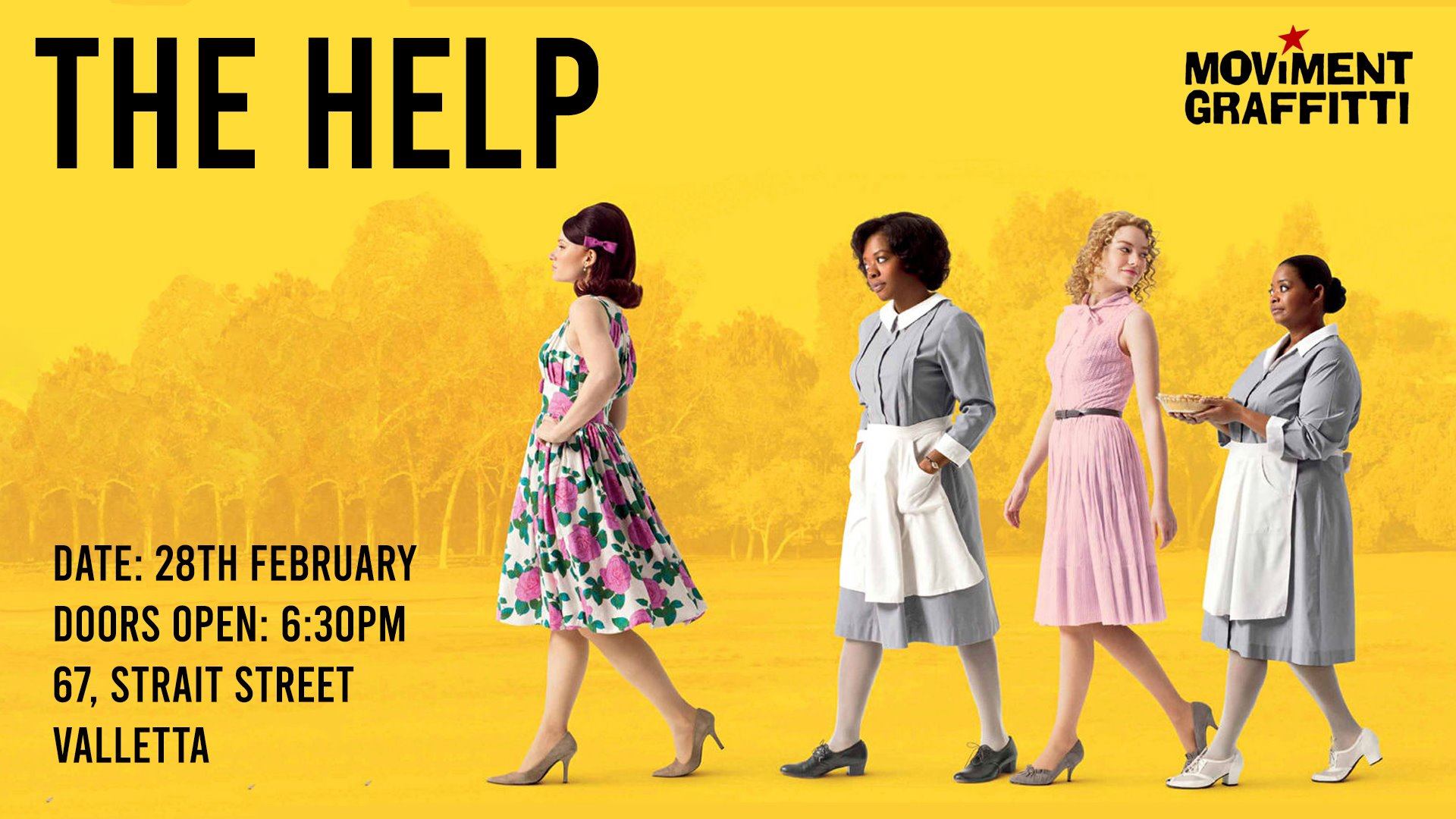 Moviment Graffitti invites you to the screening of “The Help”, a 2011 film directed by Tate Taylor and adapted from Kathryn Stockett's 2009 novel.

The film takes place in the 1960s in the US, when the civil rights movement was rising but black people were still facing abhorrent racial discrimination in all aspects of their lives. The Help talks about the harshness experienced by black women working as maids with rich white families, but also about their friendship, complicity and happy moments. The lives of the characters of the film starts to change when a young white woman aspiring to become a journalist decides to write about the injustice faced by the Afro-American women working as maids.

February is known as Black History month in the US and Canada, with the intention of remembering the injustice and discrimination faced by black people in these countries in the past centuries, and to raise awareness about racism still present in society today.

The screening will be followed by an open discussion, drinks and nibbles.