Screening of Binxet - Under the Border 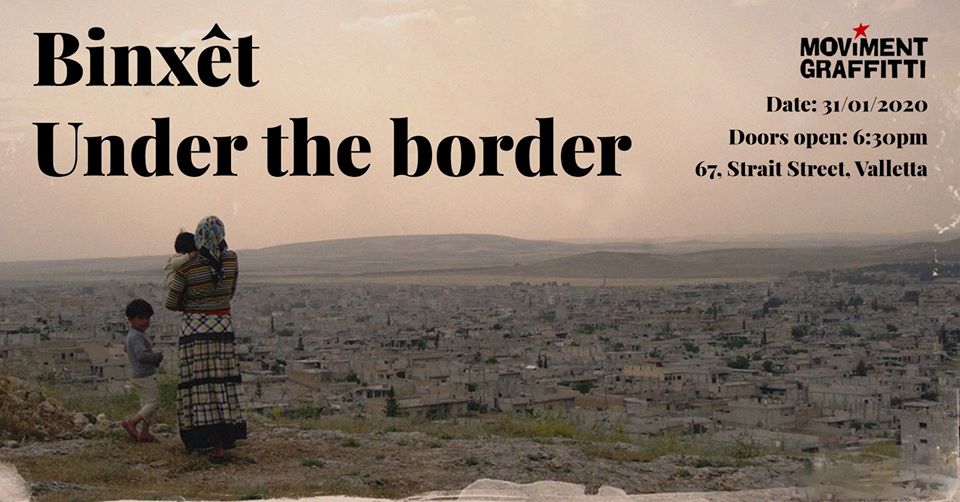 Screening of Binxet - Under the Border

Moviment Graffitti invites you the screening of the 2017 documentary 'Binxet - Under the Border'. This is an occasion to enjoy a film night together while learning more about the region of Rojava, its recent history and what has been happening there. The film describes the 911 km border between Turkey and Rojava and the stories of people living along it.

The director, Luigi D’Alife, is a young Italian director interested in exploring “hidden” realities of our society.

Rojava is the East and North Syria and its population is mostly Kurdish, although there is also a variety of minorities including Arab, Assyrian, Turkmen and Armenian. When Syria was at war, this region declared itself as autonomous and implemented a revolutionary democratic confederalism aiming for gender equality, environmental sustainability and direct democracy. The independent armies of Rojava (JPG and YPG) have fought against ISIS and obtained their independence. Last Autumn, Turkey started a heavy attack against Rojava, one which hasn't stopped yet.

Moviment Graffitti organised a protest in solidarity with Rojava last 19th October together with people from that region living in Malta.

We support the independent government of Rojava and its revolutionary project and hope for change!

The screening will be in the original language with English subtitles and will be followed by a discussion with a person from the Kurdish community living in Malta.

This event is free of charge. Drinks and nibbles will be also available.