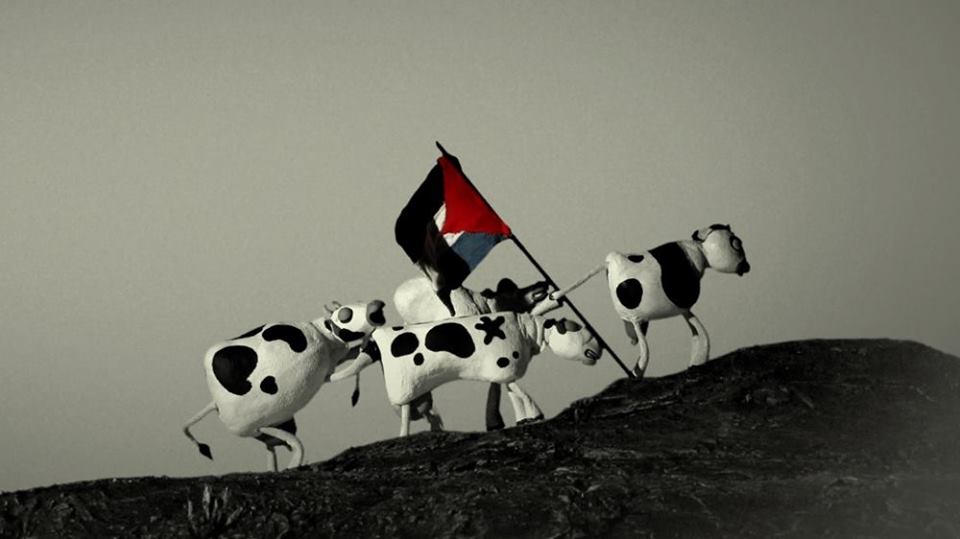 Opening their residency at the Film Klub, Moviment Graffitti kindly introduce us to one of the strangest chapters in the history of the Israeli-Palestinian conflict.

It’s 1987, and the first Palestinian popular movement in the West Bank is rising. Residents want local alternatives to Israeli goods, including milk, which they’ve been buying from an Israeli company. And so begins the strange story of the 18 cows.Acclaimed Palestinian artist Amer Shomali, who illustrated The Wanted 18 and co-directed it with veteran Canadian director Paul Cowan, watched the Intifada unfold as a teenager, from the Syrian refugee camp where he grew up. His family was from Beit Sahour, a town he knew only from family stories and news reports on TV. And then he read a comic book about the cows, depicting them as sassy bovines who see absurdity all around them.