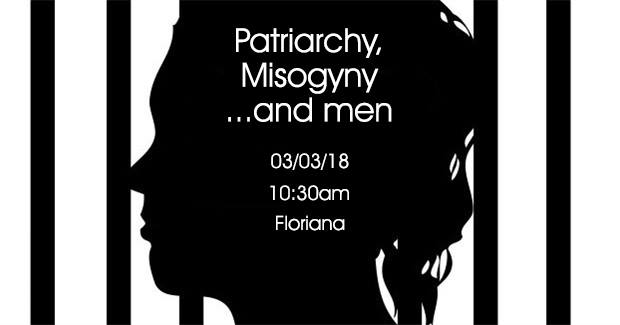 As part of the initiatives connected to International Women's Day 2018, Moviment Graffitti is organizing a talk entitled "Patriarchy, Misogyny...and men". The talk will be delivered by Aleksandar Dimitrijevic, from the organisation Men Against Violence

Women’s rights movements have experienced opposition at every step of the way, from the moment first organised movements started forming till this very day. Each and every success story has been followed by a backlash, with patriarchal structures closing ranks and deeply seethed misogyny swimming up to the surface and showing its real face.

This talk will discuss opposition to emancipation of women in general and women’s rights movement in particular, throughout the history, modern times and present-day. It will look at the role that misogyny plays in reinforcing the status-quo. It will also give attention to the role that men played in opposing (and supporting) women’s movements.

Ultimately, the speaker will try to address the following questions: Considering that, on surface level, removing male privilege can be seen as a loss for men, why should men support it? Isn’t it only normal that men have, will and, ultimately, should oppose gender equality? How can gender equality be of benefit to men? Or put in plain terms: as men, what’s in it for us?