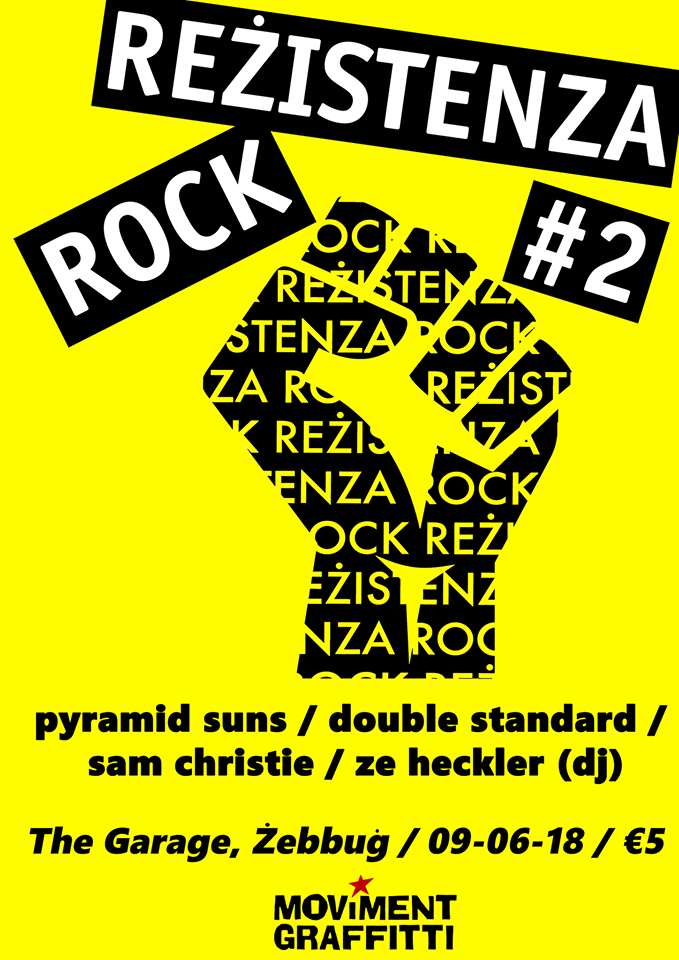 Sam ChristieSam Christie played with quite a few bands such as Phobics and CEERA before deciding to go solo. He mostly writes folk/pop and is influenced by the likes of Nick Drake, Elliot Smith and Bob Dylan.Check him out here:https://www.youtube.com/watch?v=wQIqhZG1UkADouble StandardDOUBLE STANDARD is a punk/hc band that plays as fast as...! The guys, all from different nationalities, come together to deliver some brain-crushing stuff and legit primordial cosmology-inspired lyrics. Check out their latest cassette release entitled: DEMO-GOUGE TAPEhttps://www.facebook.com/Doublestandard.music/Pyramid SunsDelivered with fresh energy and indelibly shaped by prog and psychedelic elements, Pyramid Sun’s song structures suggest a maturity that belies the band’s tender years. A blend of various elements melded together in a manner that flies in the face of convention, theirs is a sound with plenty of rock edge. Their debut self-titled EP, released in March 2016, manages to both capture and project this edge through the engaging blend of solid rhythms and weaving grooves in the space of just three tracks. What is all the more special about Pyramid Suns is the pronounced retro vibe underpinning their grooves.https://www.facebook.com/Pyramidsuns/Why are Moviment Graffitti fundraising, and what is done with the money collected?Moviment Graffitti (VO/0126) is an autonomous pressure group that has been active for over 24 years. In order to maintain our autonomy in practice, we have always had a policy of not receiving funding from private companies or political parties. Thus, Graffitti is entirely funded by supporters and individuals.We have been on the forefront of several struggles for the protection of the environment, social justice and human rights. To name just a few, Graffitti protested the sale of the land that is now Portomaso and Smart City, fought in campaigns to raise the minimum wage amongst many other worker struggles, presented proposals for rent regulation in Malta, was part of a Kamp Emerġenza Ambjent campaign which succeeded in gaining access to the foreshore at Manoel Island, and has recently carried out a direct action at the PA concerning the approval of fuel stations on ODZ land. We also regularly host events such as talks and awareness-raising initiatives on issues related to social justice and environmental protection. All of this is done 100% voluntarily without pay.All the money collected will be used for a lot of things. We have premises rents to pay, banners and paints to buy, sound systems to repair, websites to maintain, and a lot of tiny titbits that can add up to a lot of money over time.Thanks in advance for your support!