Not a Minute of Silence 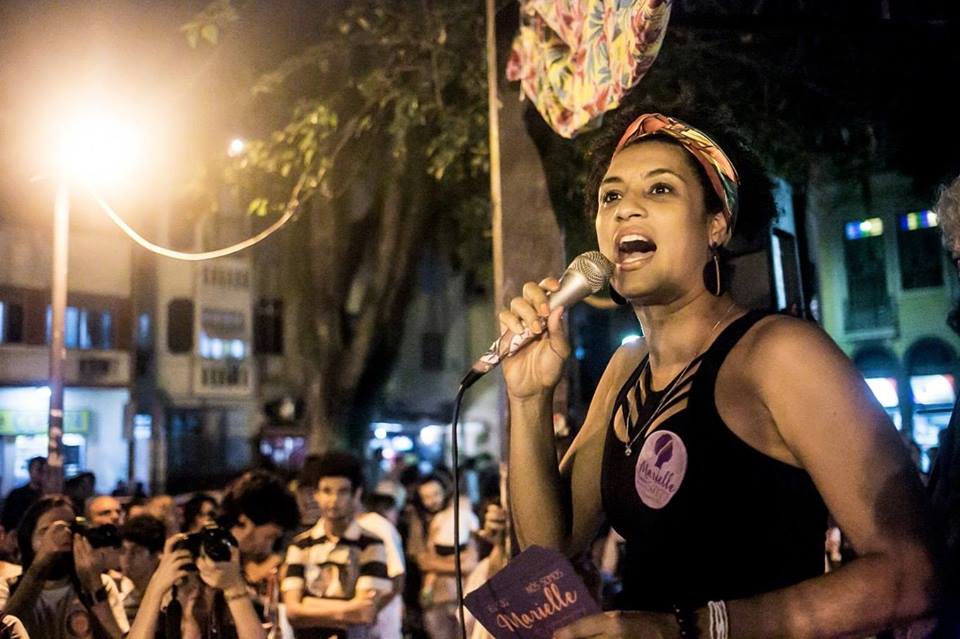 Not a Minute of Silence

The working-group "Everyday 8th March", which forms part of Moviment Graffitti, is holding an evening to remember Marielle Franco, a Brazilian black woman, mother and human and social rights' activist who was killed on the 14th March this year.

Three months after her death, we will read some of Marielle Franco's quotes, give some information about her life and activism, and read a document written by her partner after her assassination. We will also discuss intersectional feminism. The initiative will then continue with some feminist music.

Marielle Franco was born and raised in Brazil, in Complexo da Mare, which has 130,000 inhabitants in 16 favelas, in the north of Rio de Janeiro. She presented numerous projects to strengthen women's rights, such as those concerning the accessibility of abortion.

After getting involved in politics in 2007 to coordinate the state legislature's Committee for the Defense of Human Rights and Citizenship, she became a counselor in the Municipal Room of Rio de Janeiro with the coalition formed by the Socialist Party and Freedom and the Brazilian Communist Party in 2016.

Marielle was an outspoken critic of police brutality, extrajudicial killings and violations of human rights; she denounced the problems faced by African-American women and carried out investigations into murders that took place in favelas.

"What is it to be a woman? What has each of us already failed to do or did with some level of difficulty because of gender identity, because of the fact of "being a woman"? The question is not rethorical, it is objective, it is to reflect on the day-to-day, on the step-by-step of all the women, on the majority of the population, which unfortunately is under-represented".

"Being a black woman is resisting and surviving all the time..." Marielle Franco